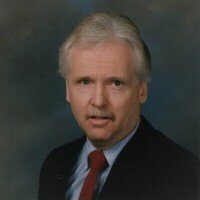 John Theodore Swanson November 13, 1945 – March 4, 2021 John Theodore Swanson, beloved husband, father, and grandfather died March 4, 2021 at MultiCare Medical Center in Auburn, Washington. John was born on November 13, 1945 to Henry and Anne Louise (Rindahl) Swanson in Crookston, Minnesota. He had lived in Medora, Fargo, and then moved to Bismarck, North Dakota when he was 12 years old. Having moved around, John had learned how to fit in with new kids from varying backgrounds and he got along well with everyone. In high school, John went out for wrestling, belonged to a car club, and always had a job of some kind (gas station, grocery store, or road construction). John had an unparalleled memory and could name virtually any song he heard, knew endless trivia facts, and could recall the make, model and year of any car he had ever seen. John met Rosemary Dailey, the love of his life, and they married on August 9, 1965 in Steele, ND. They had two daughters who they loved dearly: Michelle Ott and Melanie Young. They moved to Washington State and John worked for Boeing for well over 25 years starting as a machinist, then computer programmer, and finally as a systems analyst when he retired. John loved cars and especially the mechanics of how they worked. He thoroughly enjoyed researching and working on cars and spent endless hours building an engine for his Chevy truck which he loved to drive around town for years. John was an avid runner from around 1977 until about 1992. He was fiercely competitive, trained hard, and was a common sight at many Tacoma 5k and 10k races. He was often found on weekends running through Pt. Defiance Park with his friends and his daughter Michelle. Above all, John was dedicated to his family and proud and grateful for their love. John was preceded in death by his parents, sister Elizabeth Throndset, and his beloved wife Rosemary of 53 years. John is survived by his daughters Michelle Ott (Bryan) of Maricopa, AZ and Melanie Young (Matt) of Renton, WA; and grandchildren Hayley Meacham (Justin Edmands) of Englewood, CO, Adam Brooks of Spokane, WA, and Olivia and Gavin Young of Renton, WA. John is survived by his sister Linda Juhala of Bismarck, ND, brother-in-law Dick Throndset of Bismarck, ND, sister-in-law Rita Kopp, sister-in-law Renee Ulmer (Dan), and brother-in law Tom Dailey of Mandan, ND, brother-in-law John Dailey (Sue) of Columbia, IL, and numerous nieces and nephews. In lieu of flowers, donations can be sent to the Salvation Army (https://www.salvationarmyusa.org).