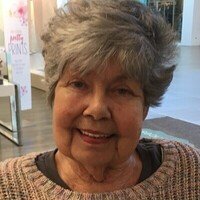 Patricia (Pat) Ann Warren passed away on March 31, 2021 at the age of 71 at Glory Adult Family Home in Auburn, WA. She was born in Gridley, CA on January 7, 1950. As a youth, Pat’s primary interest was her horse Pepper - a Morgan-Tennessee Walker mix - and they were active in 4-H Western and English riding. Pat also showed an early talent for drawing and painting. In 1968 she graduated from a Catholic Girls high school in Spokane. In later years, Pat attended Big Bend College in Moses Lake and was named to the National Deans List. She then went on to achieve her nursing degree from WSU and worked as an RN in the Yakima area. On June 6, 1982, during one of her visits to Cortes Island, B.C., Pat and her son Jason shared the experience of being baptized John-the-Baptist style by an Anglican Pastor. One can see how her faith was treasured – by the many highlighted passages in her Bible and study guides and her notes from women’s groups. The Serenity Prayer was a long time favorite. She was thrilled to be a grandma to handsome, strapping grandsons Jonathan, Daniel and Nathaniel. She remained proud of them all. During her adult years Pat “drove truck,” lived on a sailboat and helped refurbish boats, completed college, bought her first home and fixed it up, created a beautiful garden, worked in hospitals and Home Health Care, cared for a disabled young man, oversaw forest campgrounds, taught kids how to sew in Yakima, rescued dogs, raised chickens, and experienced many more adventures unknown to us. She became a fine seamstress and made numerous quilts - one earned a 1st Place ribbon in local fair, crotched scarves, and numerous forms of artwork like Charcoal Portraits, Watercolor Pencil landscapes, Silk Cloth Painting, Pastels, and wood carving/burning. Due to health issues, during the last four years Pat lived at Glory Adult Family Home. She enjoyed visits with family and pets, holiday gatherings, Hazelnut Lattes, outings, watching movies from the library, games on her IPAD, and old westerns on TV – mostly to see the horses. Pat’s primary caregiver Edna, with owner Maria and other caregivers treated Pat with unending care, dignity and love. The past year was particularly difficult with the COVID 19 outbreak and lockdowns, which limited visits through the window and phone calls and also caused difficulty in obtaining medical care at times. We thank Mohsin Ikram, ARNP (Dr. Mo was Pat’s favorite doctor and she always perked up during his visits) for his ongoing care and Franciscan Hospice nurse Alicia, social worker Jordyn and chaplain Kevin for their support during the past seven months. Even with her declining health, Pat always seemed happy, serene and grateful and she always had a ready smile. Pat is preceded in death by grandparents Landy & Cumi Thomas, Myrle & Lilly Warren; parents Robert Warren and John & Millie Flodin; and Tim Taunt, Eric Taunt and dear friend Tosh. She is survived by her son, Jason Bradley, his wife Laila and grandsons Jonathan, Daniel and Nathaniel; sister Nanette Smyser (John, Pat’s favorite and only brother-in-law); brothers Robin Flodin (Cia) and James Flodin; nephews Brian (Amanda) and Douglas; nieces Ashley, Emili, Kristi, Tiffany (Ronnie); and lots of cousins. Mass will be held at 11:00 on Saturday, April 24, 2021 at Holy Family church in Auburn. Interment will be at Terrace Heights Memorial Park in Yakima at a later date. If you wish to make a donation in memory of Pat, we suggest Franciscan Foundation Hospice Care at PO Box 1502 Tacoma, WA 98401, a charity related to elder care outreach or a local humane society.