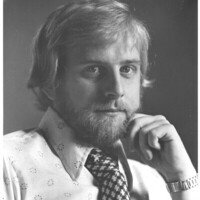 In the company of his family, James (Jim) Nannery died peacefully in his home on June 29, 2020. He was 70. Jim was born in San Pedro, California to parents Bill and Alma (Peters) Nannery. After moving with his family to Washington, he became the youngest person in the state (at age 13) to achieve the rank of Eagle Scout. He graduated from Kent Meridian Highschool then served four years with the US Navy, during which time he met Kathy. They were married immediately upon his discharge in 1972 and would go on to spend 48 wonderful years together. After they tied the knot, Jim attended University of Pittsburgh at Johnstown, then served as the PR director for Conemaugh Valley Hospital before following his heart back to Washington in 1978. Jim was successful in a variety of jobs throughout his life, the diversity of which attested to his wide range of skills and abilities. He was most proud of his online businesses which he started in 1995, and from which he retired in 2017. As an adult Jim was involved in Boy Scout troop 401 and the Auburn’s Youth Diversion program. He enjoyed membership in the Kiwanis clubs of Auburn and Black Diamond/Maple Valley, as well as Kiwanis’ Division 32 leadership, taking active roles in each. Jim has been a photographer, manager, and mechanic; electrician, woodsman and webmaster. He was a poet and philosopher, music lover and leader. His open heart and smile were known throughout the community, and his presence there will be felt for years to come. Jim is survived by his wife Kathy; his brothers and their wives Jack and Carolyn (Taynor) Nannery of Kingston, WA, and Wayne and Vera (Slany) Lebsack of Rancho Palos Verdes, CA; his children Jake and Kristen (Jensen) Nannery of Edmonds, WA; and Kyla (Nannery) and Jason Galbraith of Beaverton, OR; three grandchildren, and many nieces and nephews. He was preceded in death by his parents and stepsister Marsha Meadows. A private memorial service will be held July 25 at Redeemer Lutheran in Fircrest, WA, and made available online. An open reception will follow on a safer date. In lieu of flowers, please donate to the Kiwanis Children's Fund which can be found online at www.kiwanis.org/give.