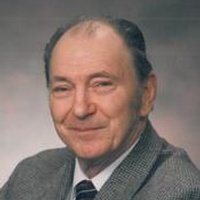 William ‘Bill’ Joseph Jaeger, 88, of Auburn, passed away on Christmas Day. He was born to Fred and Lena Jaeger in Hebron, North Dakota, and was one of five children. He is survived by his loving wife Dorothy, his children Joseph (Tamela), Mary, Kenneth (Mary Lou), Diane and Sandra, as well as six grandchildren. He was preceded in death by his son James, and James’ wife Andrea. Bill worked on the railroad for 37 years, enjoying the camaraderie and eventually retiring from Burlington Northern in 1987. He loved talking to people and his friendly outgoing personality attracted many close friends of all generations, with whom he was always happy to share his wisdom, generosity, and humor. He loved music and dancing, watching sports, and spending time outdoors: walking, gardening, fishing, or just puttering in his garage. Bill converted to Catholicism before marrying the love of his life, Dorothy, in 1952. He was a devout Catholic, often volunteering as an usher at his church. Remembrances may be made to St. Jude Children’s Research Hospital, PO Box 1893, Memphis, Tennessee 38101-9950, or a charity of your choice.