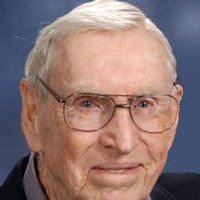 Robert Murray, 90 Robert J Murray, born on June 21st, 1924 in Missoula, Montana to William F Murray and Florence, passed away peacefully on February 27th, 2015 at his home in Auburn, Washington. He was raised in Lincoln, Nebraska then Ogden, Utah where he graduated from Ogden High School in 1942. After high school he attended Weber College and then served in the United States Navy during World War II. He continued his education at University of Notre Dame then the University of Washington where he earned his degree in electrical engineering. During his professional career Bob worked in Ogden at the Navy base and then for Marquardt Aircraft. In 1949 Robert married Dorothy, his wife of 65 years. Together they had four children. In 1962 he moved his family to Seattle where he worked at Boeing for 22 years before retiring in 1984. Bob was an intelligent, disciplined man who had many passions. He enjoyed camping, hunting, fishing, listening to the symphony and classics. He loved to play board games, Bridge and other card games. During his retirement he and his wife Dorothy enjoyed travelling to Alaska, Australia and many places in between. But above all he was a devoted husband who loved his family. He was preceded in death by his parents and his brother William E Murray of Salt Lake City, Utah. He is survived by his children Donna (John) Breyer, Russell Murray, Diane (Bruce) Finney and Deanna (Lonnie) Schaffer. He is also survived by his nine grandchildren and 9 great-grandchildren