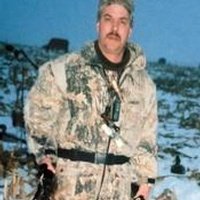 JAMES EDWARD LEMKE Jim Lemke, 51, passed away at his home in Auburn, while holding hands with Camille, his devoted wife. Our Heavenly Father came for Jim on Sunday May 19, 2013 at 11:11 PM. Jim battled a sudden cancer diagnosis courageously for 5 months, never once giving up hope for himself and his family. Jim received loving care from his wife Camille, his daughter, son-in-law, mother, father, relatives and daily by many close friends, all creating a bond of love and devotion to his last days. Jim was born on August 4, 1961 to Neil and Diana Lemke in Auburn. He graduated from Auburn High School, and then worked in his father’s Wholesale Flower Business - Evergreen Wholesale Florist where he met his wife Camille. Jim and Camille were married in 1989 and in 1990 they were blessed with their beautiful daughter Nicole a most precious gift. They welcomed son-in-law, Drake, into their family in 2011. Their grandson, Liam, born in 2012 added a whole new dimension to Jim’s life. Every moment they spent together brought joy to Jim. Jim then went on to pursue a career in cabinetry, woodworking and remodeling homes. Jim became an artist in woodworking skills, as exemplified in his many on-going projects. Because of Jim’s expertise, Jim was hired as supervisor and field manager for two large northwest cabinetry and remodeling firms, and worked for these firms for over 15 years. Jim wanted to go into business for himself. In December of 2012, the groundwork was completed to open his new business on January 1, 2013, called “Four Seasons Granite & Marble”. However, on December 17, 2012, Jim visited his doctor and medical tests later revealed a serious gall bladder and liver cancer. These findings were just days before the scheduled opening of his new business. His dream for which he worked so hard would not become a reality. Jim was truly a “One of a Kind” with his never ending zest for life – seeing every day as an opportunity for discovery and adventure. His ambition, attitude and love for challenges and hard work, led him to countless projects for himself and others. Jim truly loved life and lived each day to its fullest. With his energy, he packed each day full of projects, expressing his love of living, a love that touched all of us along the way. Jim was very proud of the Log Cabin he built his family at Lake Cushman with the help of numerous friends. From cutting down trees, skinning the bark and stacking the logs to constructing the cabin that towers 30 feet high at the peak. Windows are framed with wood he cut and sanded from the trees he logged. His talents are found everywhere in and around the cabin – memories to last a lifetime. His other pride and joy was the gorgeous kitchen he created in their Auburn home for Camille and Nicole and his love of cooking. He opened up a view looking out at Mt. Rainier – a fabulous view he and Camille loved and shared daily. Jim's life was his wife Camille, whom he loved and treasured. His other love was the love of our great outdoors. He was an ardent hunter, fisherman and cook, loved his hunting dogs, his boat and great food. He did it all and reaped the bounties of our great Northwest, only to share his ducks, geese, fish, clams, crab, elk, deer, gooey ducks, apples, applesauce, sauerkraut and mushrooms with friends. His generosity was beyond compare. Jim was always giving and sharing. Jim will be greatly missed by his wife Camille Lemke, daughter Nicole Klarkowski, her husband Drake Klarkowski, sweet new grandson Liam Klarkowski, parents Neil and Diana Lemke, sister and brother-in-law Debbie and Frank Recchio, brothers Kevin and David Lemke, nieces Jessica (God Daughter), Danielle, Cassie, Candace, Melissa, and LeAnna, nephews Mathew, Ryan and Nicholas, mother-in-law Audrey Soehren (Ray Jahner), many relatives and friends and his loyal loving hunting dogs Mack and Zoey. Jim Lemke is irreplaceable. He was truly a gift to this world and will forever be missed. His selflessness and giving to his family and friends will live in our hearts forever. His life is being celebrated on Sunday June 23, 2013 at 3:00 PM at the Grace Community Church, 1320 Auburn Way South, Auburn, Washington 98002. Fetch Em Up! Fish On! I Love You! Love You More!