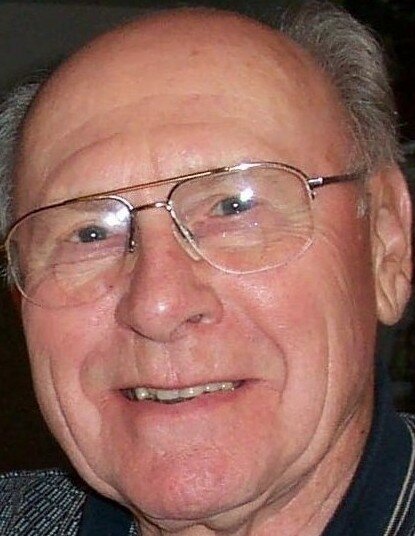 Ralph Everson was born in Minneapolis Minnesota, March 5th 1926 to Ralph & Lela Everson. He joined his 2 brothers Wally & Gene. Ralph & Lela eventually had 6 boys. When Ralph was 3 years old the family moved to Bellevue. He went to several schools in the Kent & Tukwila area where his family farmed over the years. The family had to sell their home in Tukwila as Southcenter was being built. Their home was located where Macy’s sets today. Ralph worked for The Boeing Company until he went into the army where he served 2 years, serving in France & Germany. After being discharged from the army he was reinstated with Boeing.

He married Lolly Tachell in 1949, they had a daughter Judy, in 1951. They built a beautiful brick home in the Sea-Tac area where they entertained family & friends. A favorite game they all played was Pinochle. He owned several apartment houses throughout the years as an investment & enjoyed keeping them in tip top shape.

The Everson family was a very close knit family, having dinner every Sunday with the whole family playing games everyone could join in on. As older adults they had what they called The Brother’s Dinner. Once a month on Wednesday everyone gathered at Ardy’s home bringing a salad or desert to share. Lots of laughter & happy times were had.

In 1980 he married Carol Freeman. They both worked for The Boeing Company until his retirement in 1985. They stayed active in the Hillside Church in Kent for most of their married life where they had many duties & enjoyed the people & made many friends.

To send flowers to the family or plant a tree in memory of Ralph Everson , please visit Tribute Store

Share Your Memory of
Ralph
Upload Your Memory View All Memories
Be the first to upload a memory!
Share A Memory
Send Flowers