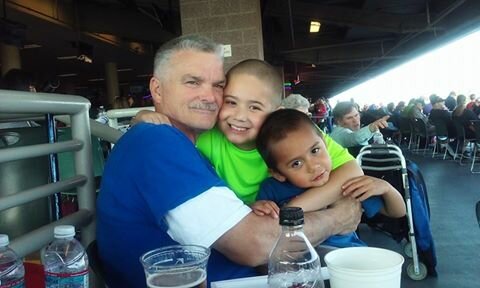 An avid sports fan, Roger enjoyed watching professional sports. When his sons were children, he was a coach for their basketball, football and baseball teams. He also supported all four of his student/athlete grandchildren and attended all of their sporting events. Roger also enjoyed gardening.

He is survived by his wife Teresa; two sons, Michael and Jesse of Auburn, WA; daughters-in-law Kristina and Gabriela; grandchildren, Seandalynn, Jacklynn, Jesse Jr and Jalen; brother Rodney and sister-in-law Kathy of Galesburg, IL; and several nieces and nephews. The burial service will be at Tahoma National Cemetery Kent, WA. on Thursday, October 21. 2021

To send flowers to the family or plant a tree in memory of Roger Smith, please visit Tribute Store

Share Your Memory of
Roger
Upload Your Memory View All Memories
Be the first to upload a memory!
Share A Memory
Send Flowers