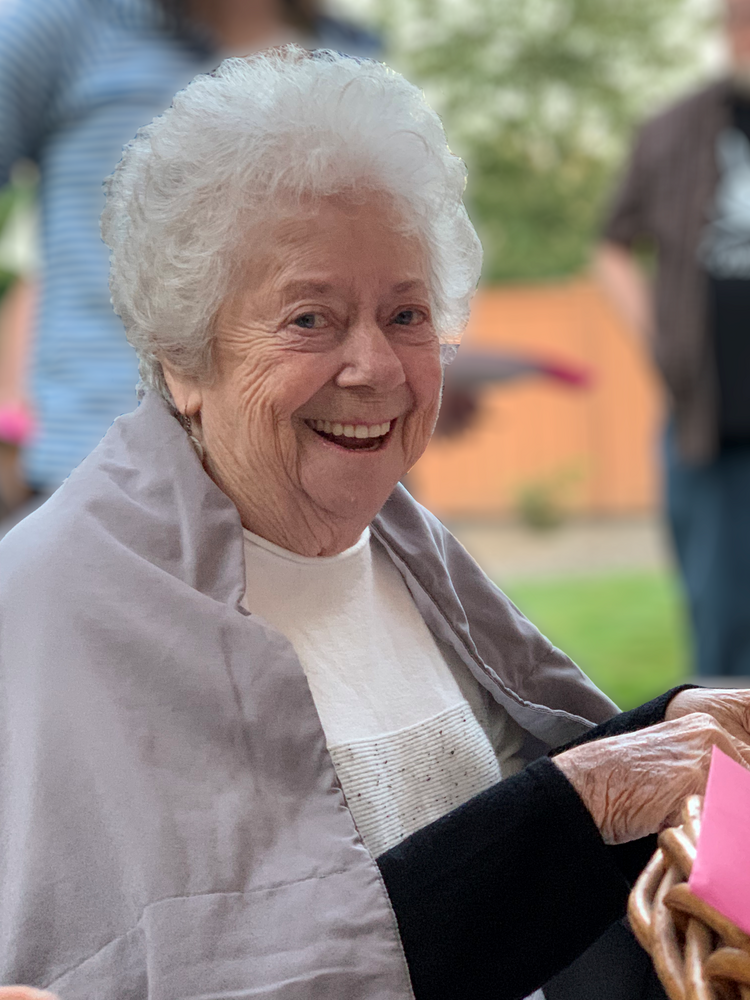 Sharon Whitaker passed away peacefully, surrounded by family on Friday, December 17th at the age of 90 after suffering a stroke earlier in the week.

Sharon was born in Toppenish, Washington in 1931 to John and Helen Powers. After her parents moved to Seattle, Sharon stayed in Toppenish for several years living with her grandparents and enjoying the warmer weather. It was later when she moved to the Seattle neighborhood of Beacon Hill to help her parents raise her brothers Gary and Gene and sister Gayle.

After graduating from Franklin Highschool in 1949 Sharon attended Western Washington State College but left college to pursue a career in retail at Sears where her mom had worked. An interesting turn for a shy 20-something.

Sharon overcame her shyness after meeting her future husband, Jim Whitaker, on a blind date. After a whirlwind courtship, the two were married in February 1960.

Sharon stayed home for many years raising three sons until re-entering the work force with Sears in the mid-1970s where she stayed until she retired in 1996.

After losing Jim a few years earlier, Sharon re-connected with an old high school friend, Helen. The two remained close throughout the remainder of Helen’s life, and they spent time working on genealogy, visiting with family, and other friends as well as traveling the globe. Sharon’s traveling adventures continued with her two other close friends Gail and Cheryl.

Sharon was known for not being afraid to try something that sounded fun. This youthful spirit hit its highpoint when zip-lining in Honduras during a family cruise vacation to celebrate her 80th birthdate.

Everyone who met Sharon was warmed with her cheerful smile, fun and youthful personality, and always-positive attitude. Sharon, you will be deeply missed.

Sharon was preceded in death by her parents John and Helen, brother Gary, and husband Jim. She is survived by her sister, Gayle (Steve), brother Gene, sons Dan (Barb), Kerry, and Curt (Leila) and grandsons Matt (Rachel), Connor, Ryan, and Alec.

A private service will be held sometime in the new year. To share your memories of Sharon please visit https://klontzfuneralhome.com/ .

To send flowers to the family or plant a tree in memory of Sharon Whitaker, please visit Tribute Store

Share Your Memory of
Sharon
Upload Your Memory View All Memories
Be the first to upload a memory!
Share A Memory
Send Flowers