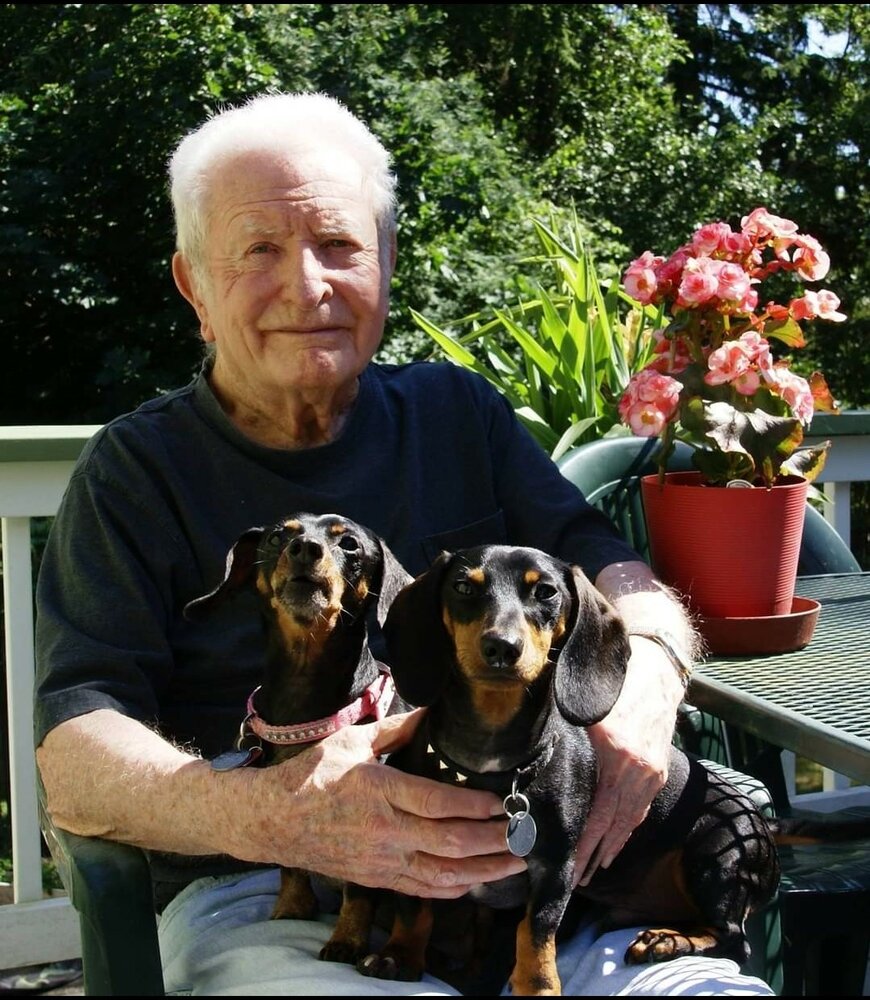 James Lambert was born in Ovid Colorado to Charles and Amy Lambert in 1926. Jim’s mother passed in child birth when he was two. His “much older” sister Mayme was a mere 16 months older. Their father raised Jim and his sister with the help of their mother’s parents until their father remarried in 1936. Jim had strong relationships with his sister and half brothers and sisters.

Jim and his sister had lots of adventures. At the age of 10, Jim and his sister ran concessions at the movie theater. They made popcorn which they sold to customers for additional income. They were the envy of all their friends. Jim’s father was also the Sheriff in Ovid, Colorado. That made Jim’s life difficult because he had to fight a lot of kids when their dads were put in jail. He learned how to box and stick up for himself. He was also a big wrestling fan.

As a small boy it was necessary for Jim to create toys from household objects and blocks of wood, the early beginning of his creativity. In the second grade an artist visited his school. The artist created pictures from the scribbles on the chalkboard by the children, which Jim also mastered later in life. He liked to copy the Sunday comic strip characters. He was fond of Dick Tracy. Jim’s third-grade teacher observed his budding talent and asked him, “I don’t know how to draw clouds, could you help me?” Jim took a piece of chalk and proceeded to decorate the chalk board. He never forgot that day! Jim found himself in conflict many times concerning technique and style. His teachers had their concepts, but Jim wanted to follow the look of the old masters. In 1960 he took the Famous Artist Course. After mastering that, he went on to paint commercial signs and billboards all over Spokane. Everyone remembers the mural on John’s Pet Shop on Division Street and the old west murals in downtown Dayton, WA.

When WW II came around, Jim was under age at 17. So, like a lot of teenagers at the time, he lied and said he was 18. In the Navy he became a baker on the carrier USS Admiralty Islands and participated in the Pacific theater. While Jim went to war, his own father was developing an expanded family with 6 more siblings.

After the war, Jim moved to Spokane and worked at the Kaiser Mead plant for 40 years. Jim met his neighbor and future wife Marie, when they were both in their 20’s. He proposed on their 1st date. She said ‘yes’ on their 2nd date! Jim adopted her daughter, Sherry, when she was 12. Jim and Marie later had daughter Katy. Jim and Marie had lots of hobbies; attending lodge meetings, gold mining in Idaho, and going to Reno every year with the entire family.

A new adventure began in 2009 when Jim moved in with Katy after his health began to decline. Jim and his daughter made lots of trips back to Spokane for holidays and to visit friends and family spending time with his “much older” sister playing cards and reminiscing about their childhood. During the last four years of his life, he made comedy and exercise videos with Katy, called “Caregiver and Dad”.

There will be a private Memorial Service in the near future.

To send flowers to the family or plant a tree in memory of James Lambert, please visit Tribute Store

Share Your Memory of
James
Upload Your Memory View All Memories
Be the first to upload a memory!
Share A Memory
Send Flowers