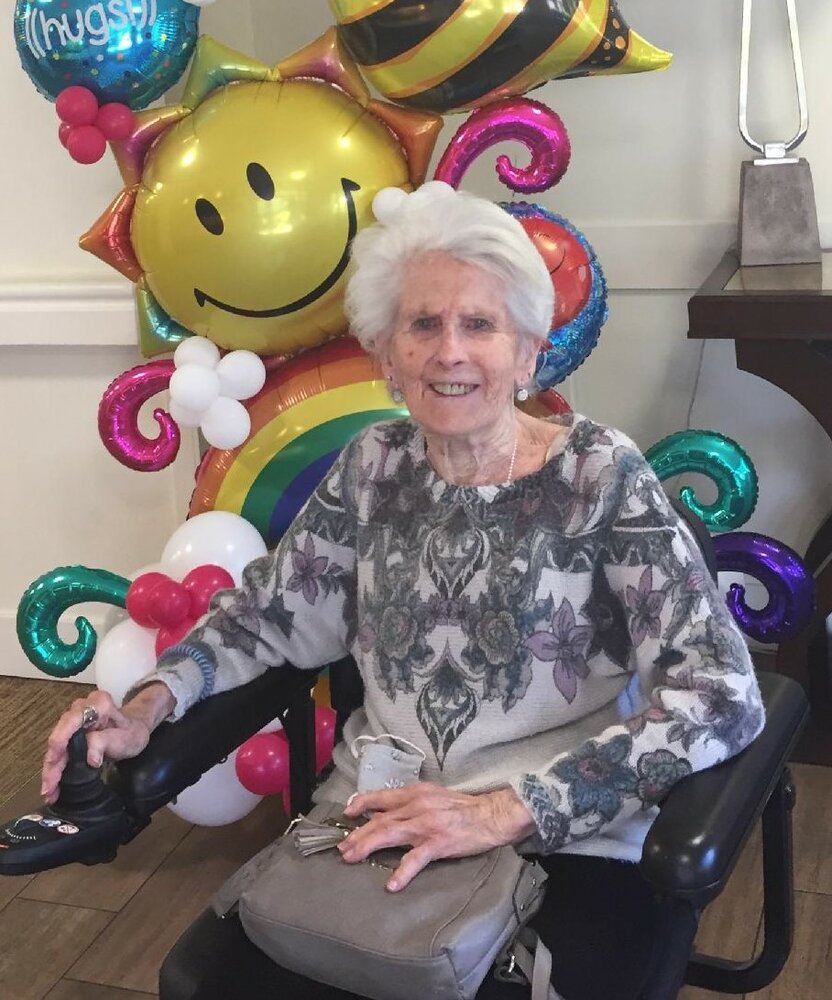 Phyllis was born on February 8, 1928, in Seattle, Washington to Louis and Gladys (Edith) Hansen. She passed peacefully on July 11, 2022 in Federal Way, Washington.

She was born and raised in Seattle, graduating from Highline High School. After high school and during the World War II years, she went to work as a Rosie the riveter at Boeing.

Phyllis married William Thomas (Bill) on June 25, 1949. They settled in Seattle where they raised two children. Bill worked his entire career and retired as an engineer for the City of Seattle.

Phyllis sold AVON for 12 years and for 15 years she worked packing china at the Frederick & Nelson warehouse in Tukwila, Washington.

The family took yearly vacations to Southern California, enjoying the sites in the Anaheim area at Disneyland and Knott’s Berry Farm. There were also numerous road trips through the western states.

She lived in the River Mobile Home park for 30 years walking daily and making the rounds. Always active, her interests through the years included square dancing, cycling, and roller skating.

She was dearly beloved and had many friends. Always positive, quick to laugh, our loss is heaven’s gain.

Memorial donations may be made to the Auburn Food Bank, Auburn, Washington.

To send flowers to the family or plant a tree in memory of Phyllis Migota, please visit Tribute Store

Share Your Memory of
Phyllis
Upload Your Memory View All Memories
Be the first to upload a memory!
Share A Memory
Send Flowers