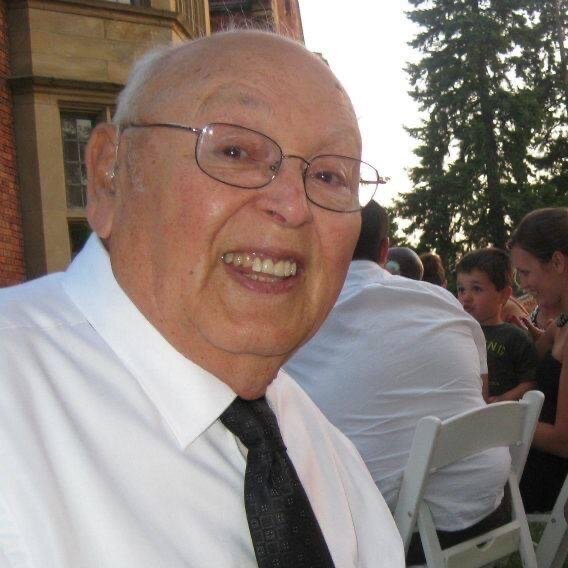 Tino was born in Edinburg, Texas, in the Rio Grande Valley on February 13, 1927.  He was the second child of Eusebio Pardo and Belen Pardo nee Grimaldo. He spent his childhood enjoying carefree days with his younger siblings and many cousins at the Pardo family compound on the corner of Samano and 21st in Edinburg.

Tino and his older brother Raul were favorites of his Grimaldo grandparents.  A childhood memory he fondly recalled was that on Sundays, his Grandfather Grimaldo took them for rides in a horse-drawn two-wheeled cart.

Tino had a beautiful singing voice. His brother Raul taught Tino and his younger brother Cruz Mexican ballads and love songs.  The two were often invited to sing at fiestas and at the grand openings of new businesses.

He started his education at Stephen F. Austin Elementary.  Reading opened up a new world for Tino. So began his love of books.

Uncle Sam caught up with him when he was 18, in 1945. He reported to Camp Roberts in California for basic training, and was assigned to the 78th Infantry Division. Then he was put on a train to New York where he boarded the Caravan Castle, a freighter that had been hastily appropriated by the Army for moving troops to Europe.  He arrived in Berlin as winter approached. WW2 had recently ended.  Getting drafted offered him the opportunity to see the world while the devastation of war and the suffering of the people left their mark on his character.

Tino’s older brother Raul died while Tino was in the Army. When he returned home, his family was in Granger, Washington.  Though only 20 years old, he was world-wise and now, the oldest of his family.

Tino’s father was a migrant farm worker and for a few years, Tino spent summers in Texas and winters in Washington. The family finally settled in Granger, where they bought a home. There, Tino entertained his brothers and sisters with stories of his travels, and thus they aspired to become travelers.  He introduced books and music from different countries into the family home.

As the oldest, he became his father’s right-hand man. Together they decided all the important family matters. When his father wasn’t available, his mother deferred to Tino on everyday decisions concerning his younger brothers and sisters.  They asked their mother first but inevitably, she sent them to Tino with the remark, “Haber que dice Tino”. Translation – See what Tino has to say.  He decided if his younger siblings got to attend sports events, school dances, movies, or spend the night with friends. He was a generous negotiator. The respect his brothers and sister developed for Tino, a man whom they called, “El Viejo” (the old man) remained unchanged throughout their lives.

The “right girl” knocked on Tino’s door one summer in the early 1960s. Tino was in his 30s. Rosa Santana was a beautiful young woman from Chile with dark flashing eyes and contagious laughter. In December they became husband and wife. They started life together with little more than their dreams. By working hard, side by side, they made their dreams come true.  His wife introduced him to Chilean food, music, and taught him to dance the Chilean Cueca. Tino was a good dancer and tireless on the dance floor. He found a good partner in Rosa.

In time they moved to Auburn, bought a home, and raised two children, Tim and Molly. Their home was filled with people and laughter. Tino shared his love of books and fishing with his children. His children introduced him to soccer. He became a fan.

In his later years, Tino spent his days reading. He liked books about WW2 and Westerns set in Texas. He was well versed in the use of the computer and it to keep in touch with his family and the rest of the world. But without a doubt, his greatest joy was the time he spent with his children, particularly the great Grands.

Tino was a true gentleman of the Silent Generation. He seldom if ever engaged in discussion of politics, religion or money. Tino was careful, considerate, and restrained. He was tranquil and even-tempered by nature. He often wore a smile and was quick to laugh. The word that most people used to describe him when hearing about his passing was, “kind”. His younger brother Anselmo said, “If there were more Tinos in the world there would be no wars among nations”.

Valentin Pardo passed away in his home on July 28th, 2022, after an illness. He was preceded in death by his wife Rosa, his son Tim, his parents and three brothers.

A funeral mass for the repose of his soul will be held on Saturday, August 6th at Holy Family Catholic Church in Auburn at 10 in the morning.

Reception to follow mass at Jennifer and Tommy Friesen’s home

To send flowers to the family or plant a tree in memory of Valentin "Tino" Pardo, please visit Tribute Store
Saturday
6
August

Share Your Memory of
Valentin "Tino"
Upload Your Memory View All Memories
Be the first to upload a memory!
Share A Memory
Send Flowers