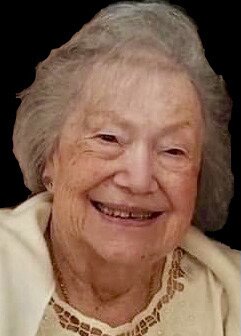 “Vince”, as she was known by most, was born in Fonzaso, Italy March 13, 1932, to Angelo and Luigia Venzone. She immigrated to the United States in 1939 and settled in Auburn, where she spent the remainder of her life.

Vince graduated from Auburn Senior High in 1950. After graduating, she began working at the local library and paper.  In the mid 60’s she began working at Cugini Florist.  After many years in the floral industry, she eventually bought her own floral business Kent Floral, where she worked until she retired in 2002.

Her family meant the world to her.  She loved and adored all her children, nieces, nephews, grandchildren and great grandchildren. Her heart and face lit up whenever she was around them. Vince was devoted to her Catholic faith where she was part of the Holy Family Parish for over 80 years.  She played the piano and was part of the choir.  Vince was proud of her Italian heritage which showed in her membership to the Auburn Sons of Italy Lodge from 1949 until her death (making her the longest continuous member of that lodge).  She was also a member of the National Sorority, Beta Sigma Phi. She was very proud to have recently received the Diamond Award for 60 years of membership.  She was also heavily involved for many years in the Fraternal Order of Eagles.

A “Celebration of Life” will be held November 4, 12:00pm in the Parish Hall at Holy Family Church, Auburn, WA.

In lieu of flowers, donations can be made to “Auburn Sons of Italy Scholarship Fund”:

To send flowers to the family or plant a tree in memory of Vincenzina Manka, please visit Tribute Store

Share Your Memory of
Vincenzina
Upload Your Memory View All Memories
Be the first to upload a memory!
Share A Memory
Send Flowers