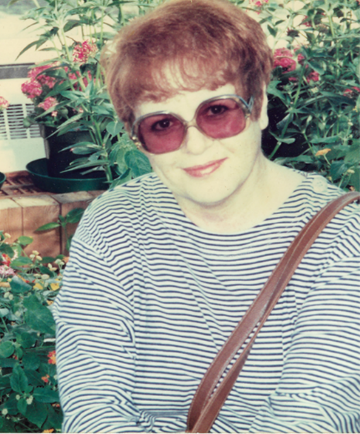 Orlinda "Orla" Frances Faini, formerly of Wenatchee and Moses Lake, Washington, died on October 27th at the family home in Edgewood, WA after suffering more than 12 years with dementia.  Her family was gathered around her for more than a week as her heart fought to keep her alive.

Born December 9, 1941 in Santa Fe, New Mexico, she was the fourth of nine children of Ernesto and Flora Duran.  To her family, she was affectionately called “Orla.” She was proud of her Hispanic heritage and passed that love on to her children in the wonderful food she cooked.

She graduated from Valley High School in Albuquerque, New Mexico in 1960 and enlisted the US Army.  In 1961 she married Gerald Sinay and they had six children.  They divorced in 1969.  In 1971 she met and married Ray and they shared 51 years together.  In 1973 the family moved to Moses Lake, Washington where Frances joined the Army Reserves and later served in the National Guard until 1989, when the family moved to Wenatchee, Washington. She always enjoyed monthly drills and summer training as she proudly served in the military and attained the rank of Staff Sargent when she was honorably discharged.

Frances always looked out for what others might need and described herself as a “giver” first and foremost. In Moses Lake she earned her Associate Degree from Big Bend Community College.  She worked as a teacher’s aide for Hispanic students in the Moses Lake Schools.  She became a foster parent to rescue a first-grade girl from squalid living conditions. She became the Migrant Program home liaison for the Eastmont School District.  Frances initiated ESL classes for the parents of her family clients and had such a strong response that more instructors had to be recruited.  Sterling Middle School hired her full time to teach ESL to monolingual students and she developed her own curriculum that had students mainstreaming in English speaking classes before the end of the school year.  She was so successful that the school asked her to work with Russian students; using her unique methods she was equally successful with them.

In Wenatchee Frances volunteered to teach more ESL classes for adults at Wenatchee Valley Community College and saw the need to help English speaking teachers, agency staff, and police officers learn enough Spanish to allow them to help students and others.  She was the impetus that started the WSU Full Immersion Spanish Institute which continues to meet this important need with a month-long class in the summer.

Frances was formally diagnosed with dementia in 2008 but managed to remain functional until about 2010.  Her journey with dementia took her from us very slowly and it was especially difficult for her immediate family and grandchildren.  We will remember her as vibrant, full of joy and love for everyone she met, a beautiful, loving person who wanted to be the best grandma ever.  While she could, she made shadow boxes for some of her grandchildren and took every opportunity to shower them with her love.

Services will be held on December 6 with a Rosary for Frances followed by the Mass of Christian Burial. Interment will follow at Tahoma National Cemetery in Kent, Washington.  Family and friends will gather afterwards at the family home.

In lieu of flowers, please make a memorial contribution to researching a cure for dementia at this web site: Alzheimer's Association

Condolences to the family may be made at Klontz Funeral Home, 410 Auburn Way N., ​Auburn, Washington 98002, or www.klontzfuneralhome.com

Share Your Memory of
Orlinda "Orla" Frances
Upload Your Memory View All Memories
Be the first to upload a memory!
Share A Memory