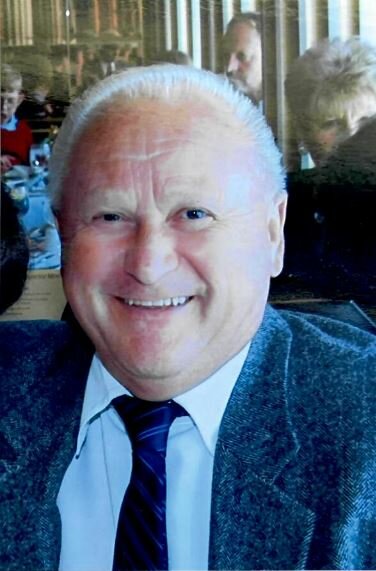 Funeral services for Clifford Ivan Weisz will be held at 10:30 A.M. on Friday, August 19, 2022 at Holy Family Catholic Church, Auburn, WA. He died on Wednesday, August 10th at Auburn Regional medical Center at the age of 83.

Clifford married Loretta Nolz on June 19, 1965 at St. Michael’s Church in Herreid, SD and they began their married life in Aberdeen, SD where they welcomed their son, Michael Todd on December 29, 1966. In 1969 they made the move to Auburn, WA and their daughter, Phyllis Marie was born on November 6, 1969. Clifford retired from the Boeing Company in 1995.

Clifford was a friend to everyone and never met a stranger. He loved spending time with his family, watching them grow up; enjoyed any kind of westerns on TV; all sports, especially the Seattle Seahawks & Mariner’s; hanging out with his buddies thru the years and traveling with his wife visiting 47 of the 50 states.

Clifford was preceded in death by his parents.

He will be laid to rest at the Tahoma National Cemetery.

The funeral will be live-streamed at www.holyfamilyauburn.org

To send flowers to the family or plant a tree in memory of Clifford Weisz, please visit Tribute Store

Share Your Memory of
Clifford
Upload Your Memory View All Memories
Be the first to upload a memory!
Share A Memory
Send Flowers